Take Our Daughters to Congress Day

We headed off to D.C. bright and early Monday morning to do some site-seeing before Wednesday. Upon arriving in D.C. we headed straight out to the monuments and memorials. We visited the World War II Memorial, Abraham Lincoln’s memorial, the Washington monument, Martin Luther King, Jr.’s memorial (seen below), and Franklin Roosevelt’s memorial. We finished off the day with dinner at the Old Ebbitt Grill, which happens to be known as the oldest saloon in D.C.! 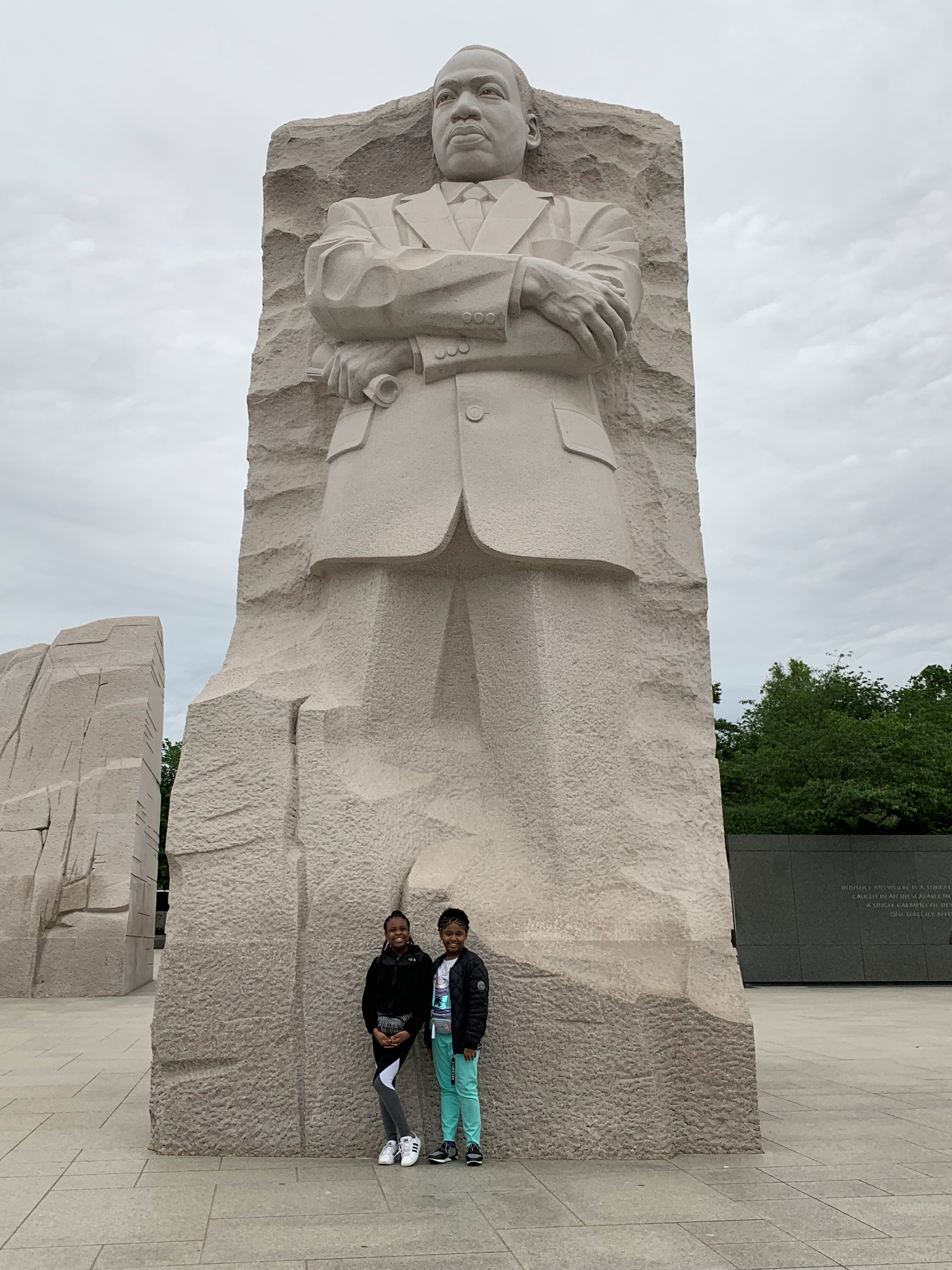 We started our second day with a tour of The Office of the Vice President in the Eisenhower Executive Office Building. From there, we walked a block over to The White House for a tour of the East Wing, the East Room, the Red Room, the Blue Room (pictured below), the Green Room, and more! 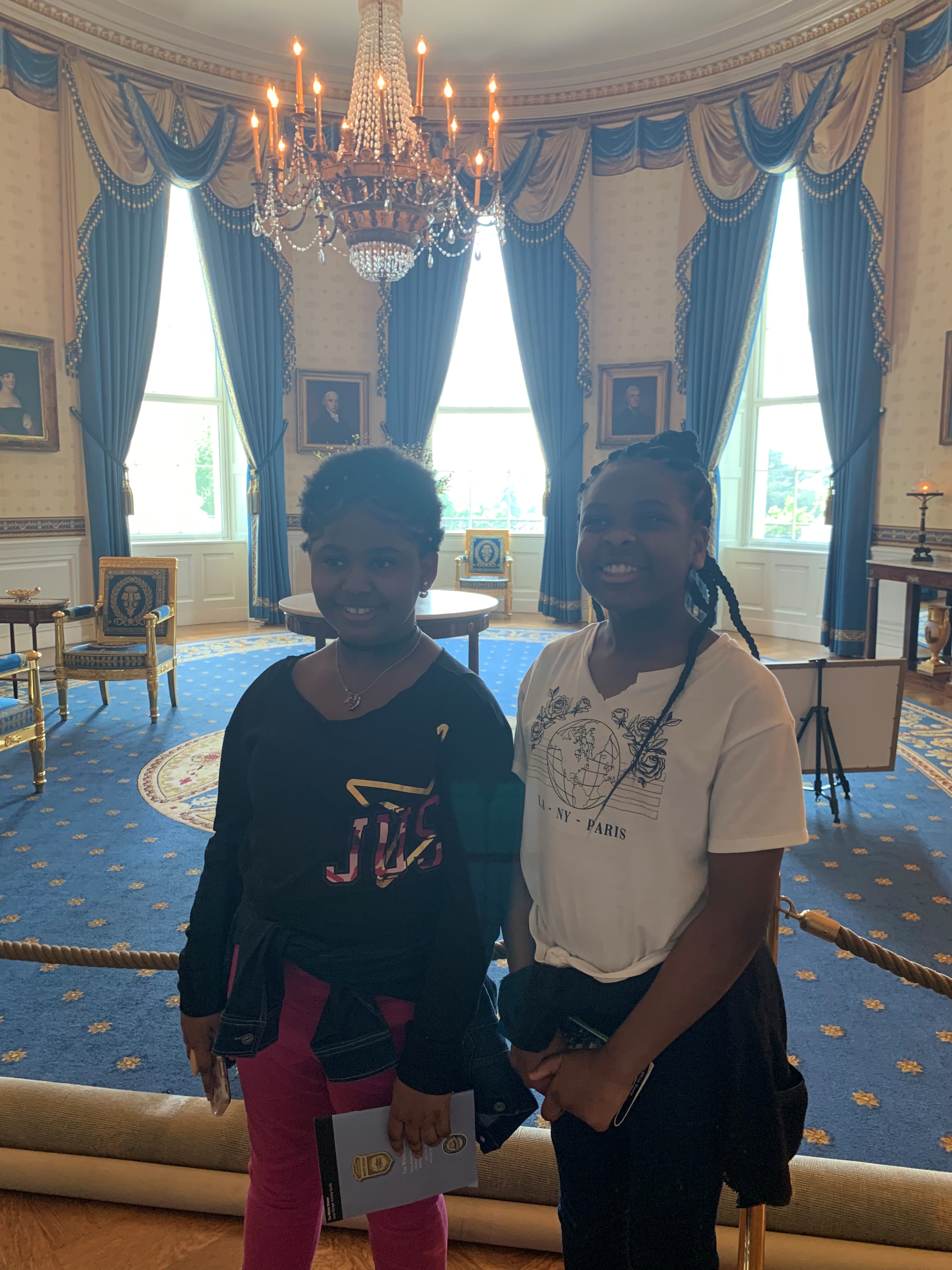 After lunch at Shake Shack, we spent the afternoon at The National Zoo, and the National Portrait Gallery. 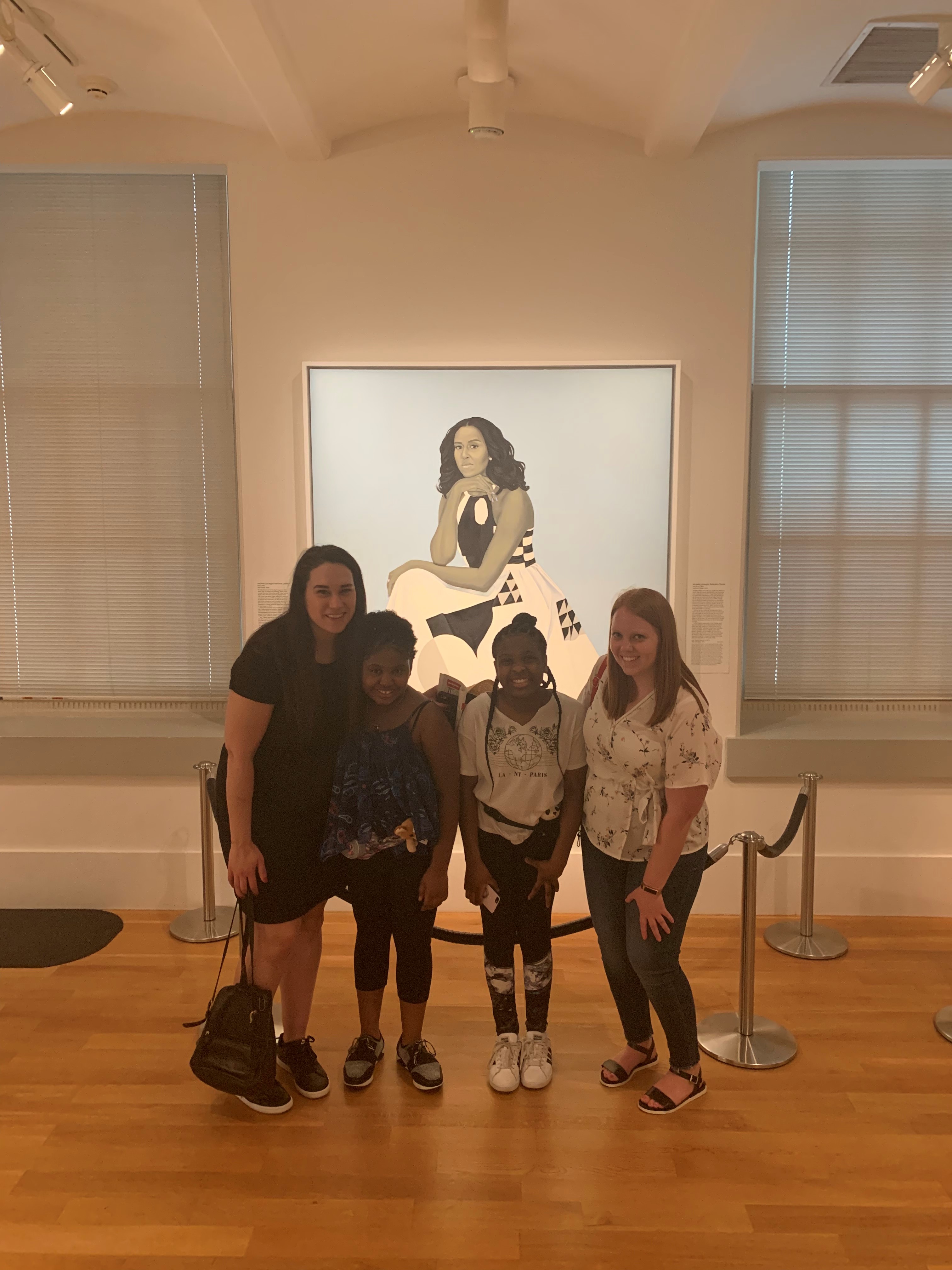 Our third and last day in D.C. was spent on The Hill for Take Our Daughters to Congress Day. Before the girls headed out to shadow the Congresswomen, we met with the other Girls Inc. affiliates who were there participating as well. This year, a total of 23 Girls Inc. girls from around the country, ages 9-18, participated. Out of these 23 girls, Kaile and Allie were the only two to raise their hands when asked if anyone would like to run for office one day. We have no doubt that they will be our leaders one day! After this brief meeting, the girls headed out to work with their Congresswomen for the day. 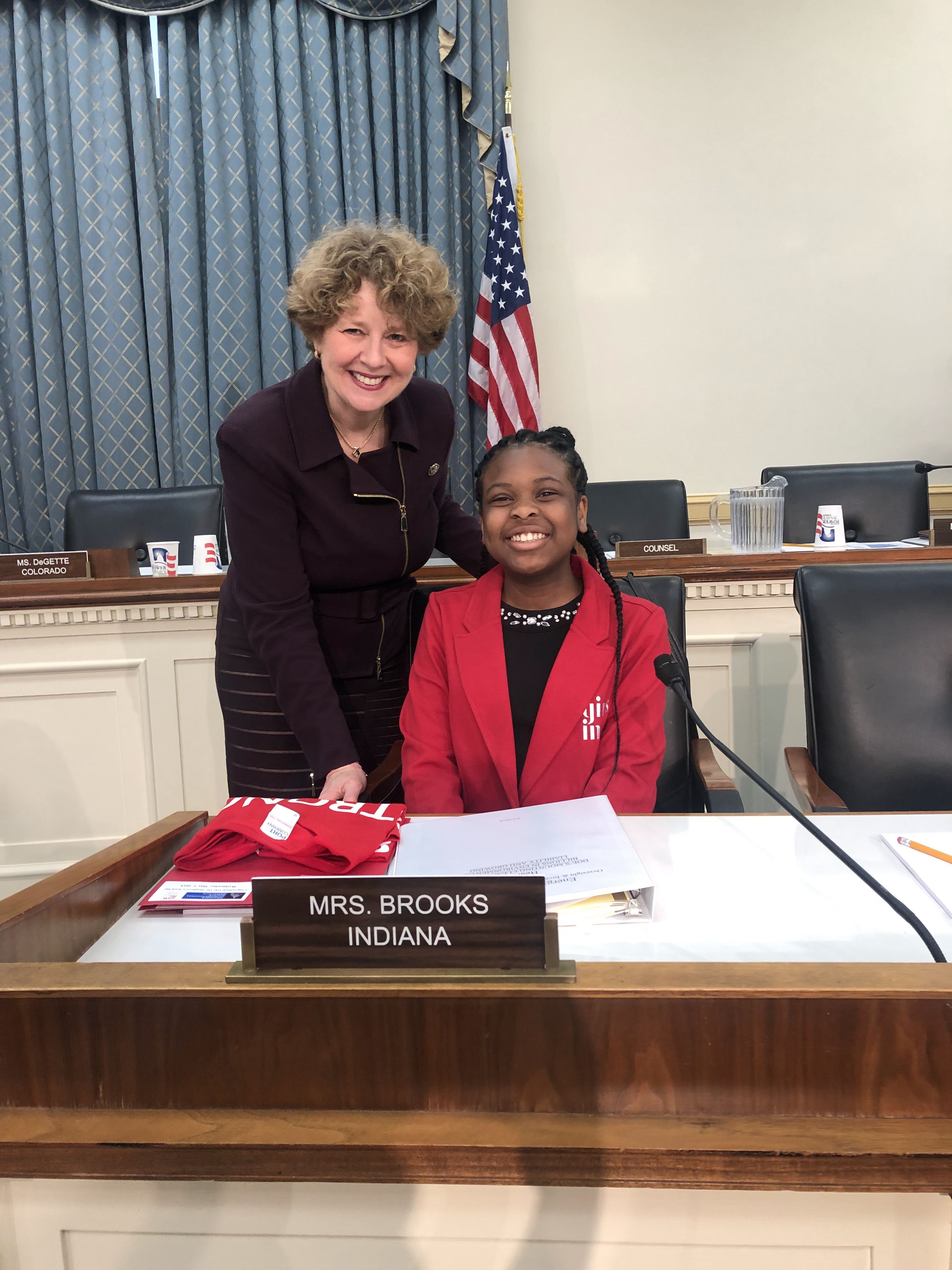 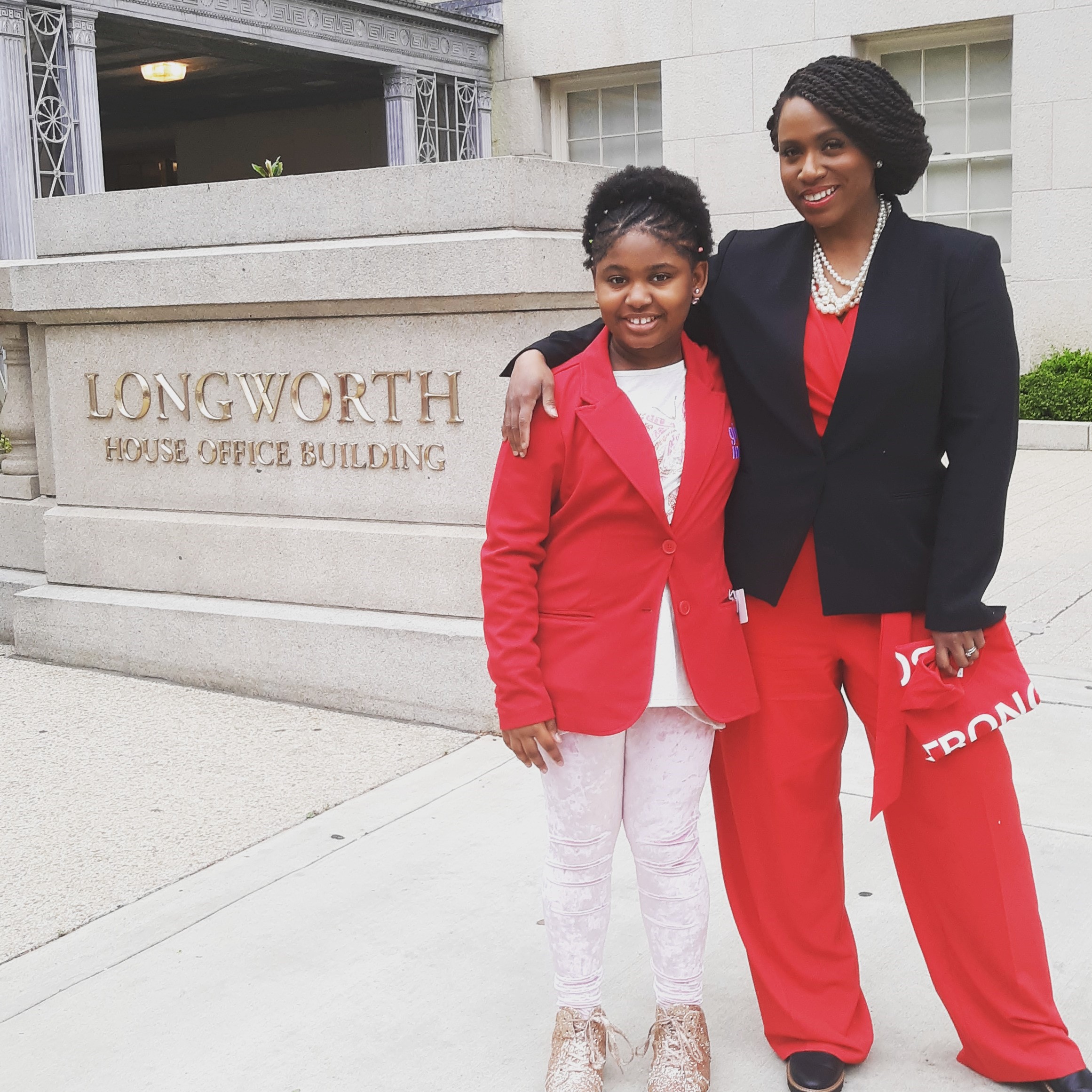 Women remain underrepresented in Congress, among Governors, in state legislators, and in local office. In the Congress only 23.7% of members are women. While women vote more than men, they are less likely to contact elected officials, contribute to political campaigns, and say they are interested in public affairs. Girls Inc. believes that recruitment of women into political leadership – as with sports and science – must start with girls.

We are grateful to the individual donors who made this trip a reality for Allie and Kaile. We can’t wait to participate again!