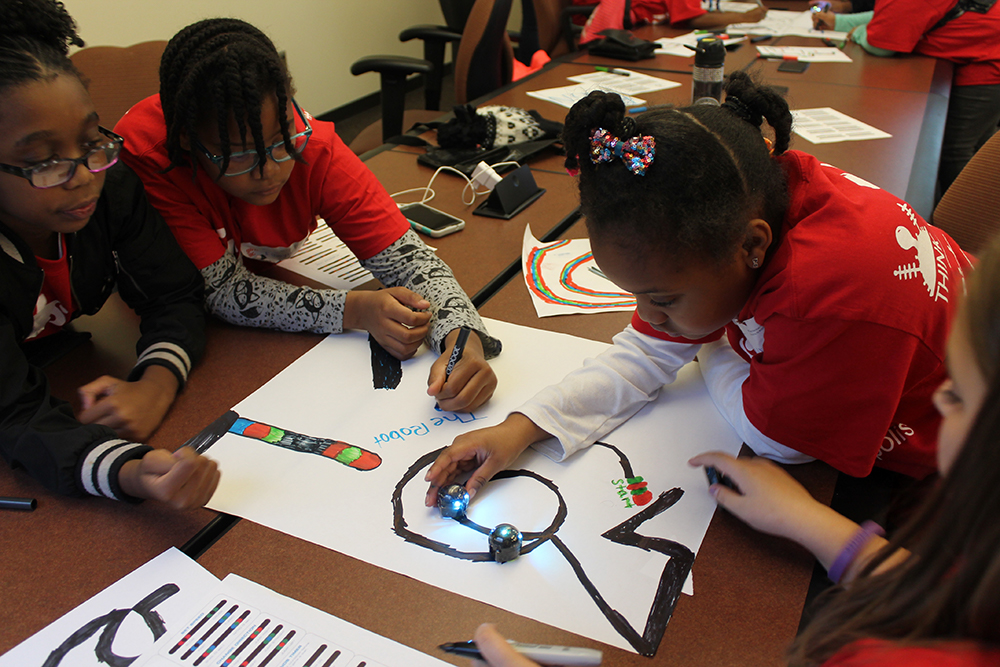 Our latest Girls Inc. Day on Saturday, April 13, was full of exciting hands-on activities! Our staff accompanied 92 girls to IUPUI to participate in 4 activities, 3 of which were led by the IU School of Informatics, as well as one led by the Center for Earth and Environmental Science, which was sponsored by Duke Energy.

The first activity for my group, the 9-10 year olds, was a computer lab where the girls were able to create their own 3D rendering of objects through the Autodesk Maya program. They learned how to add shapes and change the sizes of the shapes, as well as add color to the shapes. My group had a lot of creative ideas for working with this program; one girl used a variety of shapes to create a monkey, one girl spelled out her name with 3D text, and one girl created a rocket ship! 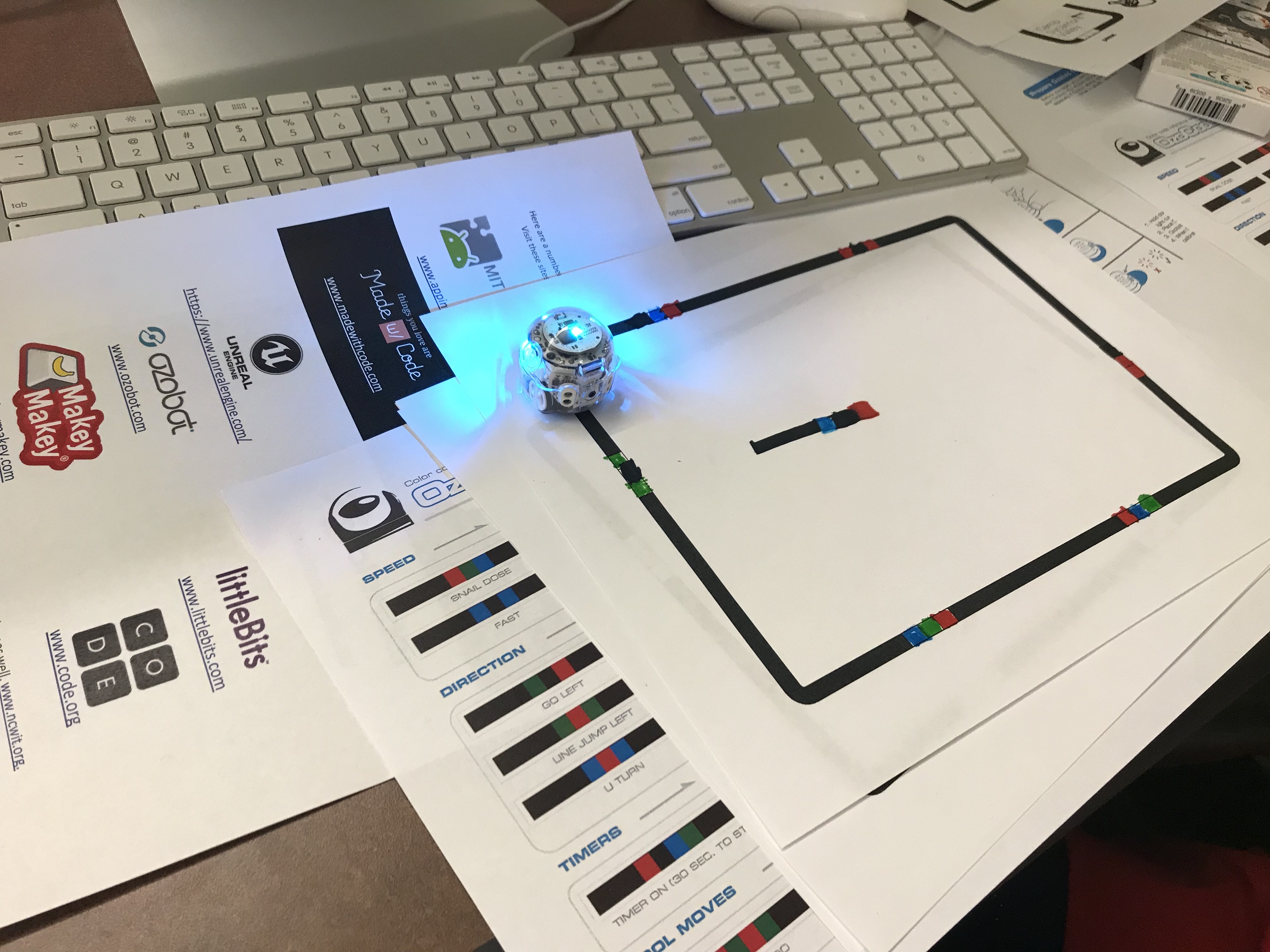 Our second activity was working with Ozobots, which are little pocket-sized robots that help teach simple coding to students. The Ozobots move along lines and change their direction or speed based on a series of color combos. For instance, with red-black-red, you can make your Ozobot move slowly, or you can use blue-green-blue to make it go turbo fast! The girls were able to use markers to create their own paths, and they were also able to use handouts with fun themes like a Girl Scout camp and the Wizard of Oz.

Our third activity was design thinking, where the girls were tasked with identifying a problem and finding a solution for that problem. They were able to create models of their designs using cardboard, popsicle sticks, construction paper, and other craft supplies. My group had some great ideas for this activity! One girl designed a robot that would make cookies for her when she was bored and help with math homework as well. One girl designed a special container to help her sneak snacks into class, and one designed a machine that would make hot cocoa and toast, as well as help with tests. Another girl designed a “Smart Closet 3.0” which would help her pick out outfits (it was designated as 3.0 since versions 1.0 and 2.0 fell apart initially).

Our final activity was from the Center for Earth and Environmental Science (CEES), “The Breakdown: Decomposers and how nature deals with its trash.” The girls in my group were especially excited about this activity, as it gave them a chance to have a meet and greet with some detritivores such as the Madagascar hissing cockroach! Many of the girls took the opportunity push themselves outside their comfort zone by holding some of the cockroaches, caterpillars, and beetles that the CEES team brought. The girls were also fascinated by a time-lapse video of a rabbit decomposing over 8 days, which highlighted the 5 stages of decomposition. They even requested to watch the video a second time so they could identify all 5 of the stages as they occurred! This activity also gave the girls a chance to ask questions of the women leading the activity, which included several women scientists, including environmental scientists and two who study geology.

Overall, it was an engaging day full of enthusiastic facilitators and girls! Thank you again to our two sponsors, Duke Energy and Bright Ideas in Broad Ripple. Stay tuned for more information on our next Girls Inc. Day this fall!